Uruguay vs France, the first quarter final of this edition of World Cup has following odds for competing teams, Uruguay to win, Draw and France to win :: 4.60 : 3.10 : 2.00

The fate of today’s match will largely depend on Cavani’s availability. If he is available Uruguay might have advantage over France. But in his absence, it will be a match between France attack vs Uruguay defence.

Samuel Umtiti should be fit enough to start. 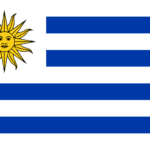 Edinson Cavani had to be substituted at 72nd minute of Round of 16 match against Portugal.

Edinson Cavani is tentative as contradictory reports about his fitness are coming up.

World Cup, Group A: Russia, Uruguay to battle it out for top spot

Argentina will travel to Montevideo this weekend to face Uruguay in the World Cup qualifiers.  Venue: Campeón del Siglo  Key Statistics Uruguay have won none of their last three games (D1, L2). They have kept […]

Borussia Dortmund will look to continue their 100% record in the Bundesliga when they welcome Werder Bremen to the Westafaldion this Saturday. Venue: Signal Iduna Park (Dortmund) Key Statistics Borussia Dortmund have won their last […]

Union Berlin will welcome title-chasers RB Leipzig to the capital this Saturday as both teams chase for three points that will extend their unbeaten start to the league season.  Venue: Stadion An der Alten Försterei […]

Crystal Palace will welcome Aston Villa to Selhurst Park this Saturday as both teams look to get all three points in the third league game of the season.  Venue: Selhurst Park (London) Key Statistics Crystal […]