France vs Belgium will be played out just few hours from now, in the for the berth in World Cup final in Moscow on 15th of July. Two of the best teams who were in Russia will be contesting hard to secure final against England or Croatia.

Belgium  survived Japan and Brazil to be in Semi-final, whereas France beat Argentina and then Uruguay to secure semi-final berth. This match is going to be an evenly poised fight in every department. DIDIER DESCHAMPS and ROBERTO MARTÍNEZ had incredible world cup so far. They both have best of the teams, but faced criticism after World Cup team announcement, when some key players were denied ticket to Russia. They both managed their talents to utilise weaknesses in opponent teams. 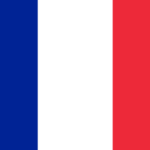 FIFA had wiped bookings after the quarter-final stage in 2010 World Cup, meaning any player who would have potentially missed the final if they were to be booked in the semi-final, can now rest easy. However, players are obviously still at risk of missing the greatest show on earth if they are sent off in the semi-finals – and suspended players will not be allowed to sit among the substitutes for the final, of course.

Betting odds for France to win, a draw and Belgium to win are, 2.54, 3.25 and 3.10 respectively. If we consider the chances of win for either team in tie-breaker are equal, then France and Belgium have 53% and 47% chances to win. May the best team win.

Kevin De Bruyne doesn’t have to undergo surgery for the injury that forced him out of the Champions League final match against Chelsea. The Manchester City midfielder was involved in an accidental collision of heads with Chelsea […]

Deschamps on call-ups and warns against complacency France manager Didier Deschamps has revealed that there will be no surprises when it comes to the international call ups ahead of the Euros. Deschamps is set to announce his preliminary […]

Why Paul Pogba shines for France, but looks different for Manchester United