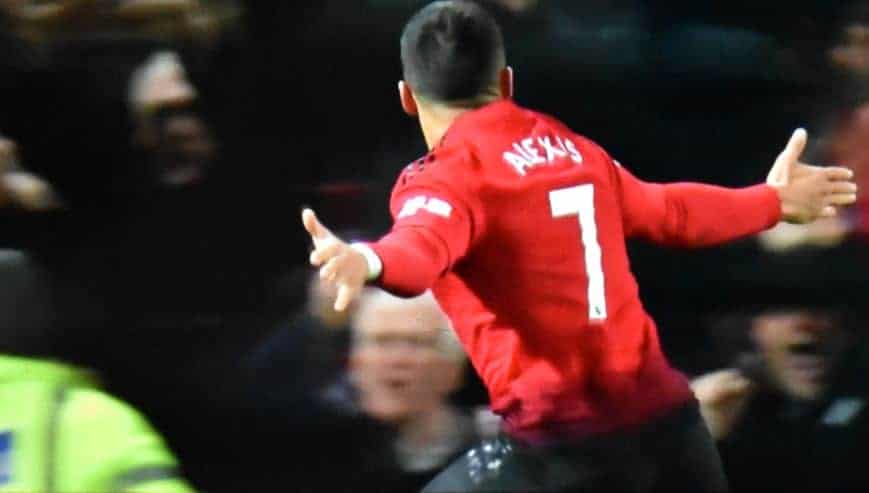 It seemed like the World was falling apart for Mourinho and his band, during ‘Manchester United vs Newcastle’ match in Old Trafford, when Newcastle took a two-goal lead within 10 minutes of the match. The scoreline remained unchanged till 69th minute of the match. With all rumours around and everybody adding fuel to fire, another bizarre press conference seemed to be 20 minutes away. Substitute Mata catalysed a turnaround, when his free-kick from 30 yards, find net at 69′.

Initially Manchester United started with 4-3-3 formation whereas Newcastle with 4-4-2. Both the team started with with attacking intent, but it was Newcastle that struck the first blow after seven minutes. A throw-in from the left side near the halfway line found Ayoze Perez unmarked behind United’s midfield and the forward threaded an excellent pass for the run of Kenedy into the box. Young caught up with him but Kenedy shifted the ball from his right to his left foot and coolly put it into the far bottom corner and out of De Gea’s reach.

It didn’t take the Magpies long to add insult to injury. Less than three minutes later they were two goals up. Another poorly defended throw-in was aimed at Shelvey whose cross found Muto on the penalty spot. The Japanese turned around Young and slammed it in.

Unexpected circumstances prompted Mourinho to bring Mata in place of Eric Bailly in a radical reshuffle. McTominay slotted back into the centre-back role and got lucky straight away as he escaped a booking for a late tackle on Muto. Pogba dropped slightly deeper and Mata went to play as the most advanced midfielder.

Marouane Fellaini has long been Mourinho’s go-to man, and the Belgian replaced McTominay from the start of the second period. Matić was now playing beside Smalling and Pogba was the deepest one in midfield.

With 66 minutes gone, Mourinho made his last throw of the dice by pulling out Rashford and placing his hopes in Alexis Sanchez.

Three minutes later United finally pulled one back. Diame brought Martial down on the edge of the box in a good position for a left-footed shooter and earned a booking. Sanchez and Mata took up their positions, the Chilean stepped over it and Mata swung it over the wall and down, hitting the near bottom corner. There was nothing Dubravka could do.

Mourinho took paranoia to some other level in the wake of Manchester United’s dramatic 3-2 win over Newcastle, complaining that the past couple of days have felt as a manhunt which”wickedness” is currently spoiling a game that’s supposed to be amazing. Even the Portuguese walked down the touchline stone-faced in the conclusion, but definitely even Mourinho will yield himself a grin privately.

Mourinho hadn’t only earned a vote of confidence from supporters, but this classic performance was reminiscent of their fighting spirit shown under Sir Alex Ferguson. “The substitutions were not as important as the mentality we showed,” Mourinho said. “I think my players showed they wanted to win this match and we improved when Paul Pogba and Nemanja Matic dropped deeper because we needed players with the technical quality to bring the ball out from the back.”

“I am more happy for its players and the fans than for myself; it’s wonderful to have the ability to create a response about the pitch. I am

grateful Alexis created the winner too. He is a fantastic professional. He’s been playing particularly well, but he is kept working hard, and today he should possess a wonderful impression after scoring a goal to top a fantastic comeback.” The Red Devils endured a terror start, discovering themselves trailing to targets out of Kenedy and Yoshinori Muto following 10 minutes. There was a mooted atmosphere around Old Trafford if they trailed on 70 minutes before subs Juan Mata and Sanchez scored, both sides of an Anthony Martial aim to lift off the roof the Theatre Of Dreams and alleviate the mounting strain on United boss Jose Mourinho. All appeared to have finished well when the replacement Alexis Sánchez set a month of indifferent form supporting him to go home the winner along with the Stretford End started trickling Mourinho’s name at a series of support, even though as the supervisor was expressing his distaste for private evaluation on TV, Rio Ferdinand admitted on precisely the exact same station using this term manhunt had induced him to chuckle. “What exactly does he expect. He is the director of Manchester United?” The prior guardian said. “If results aren’t going well there are sure to be questions asked”
“I couldn’t believe they were still singing their songs with that scoreline, and this was the same feeling,” he said. “I’m happier for the players and the fans than for myself, it is nice to be able to produce a response on the pitch. I’m glad Alexis came up with the winner as well. He’s a good professional, he has not been playing especially well but he’s kept working hard, and now he must have an amazing feeling after scoring a goal to top a great comeback.”

"You can win, you can lose, but that dignity must always be there."

Rafael Benítez didn’t disagree with this assessment. “We did well for 70 minutes, and we had opportunities to score the next goal that could most likely have won us the match,” that the Newcastle manager stated. “However, if they brought on fresh legs we understood we’d be affected. We were exhausted, and we found ourselves defending strikes against seven players from the end. The quality they could call on in the seat made a major difference.” “From the first-half Newcastle whenever a chunk came to our box it appeared to result in a target. Marcus Rashford was fearful about the pitch. Scott McTominay was fearful on the pitch. They had been making errors, which weren’t normal.” The hosts left in the fracture to jeer – a few of which have been aimed in the club executives and owner, in place of the manager.

Here's how Newcastle United will line up for today's @premierleague game against @ManUtd at Old Trafford. #NUFC pic.twitter.com/N8KdYToq0G

Manchester United remain confident of signing Jadon Sancho from Borussia Dortmund this summer. Despite the financial limitations because of the current health crisis, United fancy their chances of landing the talented winger before the next […]

Haaland demands £600,000 a week Manchester United have been linked with a move for the Borussia Dortmund striker Erling Haaland. The 20-year-old has established himself as one of the best strikers in the world and it appears […]

Liverpool picked up a 5-0 win over Manchester United in the Premier League earlier today. Goals from Naby Keita, Diogo Jota and Mohamed Salah sealed a memorable away win for Jurgen Klopp’s side. Here at […]